Have you been chasing your dreams your WHOLE LIFE? My guest today knew what she wanted to do as a young child, and even her mother thought she was a little crazy. As she is not only pursuing her personal dreams, she is working hard to make the same dreams accessible for others like her.

Ashlei Shyne was born and raised in Dayton, Ohio. After studying theater at the University of Toledo, she decided to relocate to Los Angeles and pursue a career in television and film. Ashlei’s first movie appearance came in the summer of 2007, when she was offered the role of Melanie Johnson in the feature film, Johnson’s Family Dinner. She has since been cast in national commercials and in print web series. She is best known as Natalie from the hit series Dyke Central, which is now streaming on Amazon. She’s the founder of Rainbow Bright Comedy, a POC Queer Improv team.

A path that wasn’t easy

Ashlei exhibited some crazy symptoms as a child, wanting to be called by different names and going through multiple wardrobe changes daily. Her mother was so concerned that she took her to therapy; the therapist’s answer was that “Maybe she just wants to be an actress.” Growing up in Dayton, Ohio left very few theater opportunities, so Ashlei created her own! She asked her 6th grade teacher, who supported her burning desire to be on stage, if she could put on a play complete with props and costumes. Not long after that experience, Ashlei saved her allowance and her school lunch money for a year so she could pay for a college theater course–at age 14!

TWEET: “The burning desire to be on stage started early and never left.” #chasingdreams @ashleishyne

The healing power of the stage

Ashlei fought anxiety in her life, but found healing in the power of the stage. Being with others on stage who “have my back”  and were looking out for each other brought peace and calm to her life. When she came out of the closet as bisexual, there was more anxiety because of the homophobia in her family, but performing helped. Ashlei came out to her family at the insistence of her wife, who thought it was important to be with someone who truly accepted themselves. Ashlei’s family took a while, but they have finally accepted her for who she is.

TWEET: “I found the healing power of the stage. It brought peace and calm to my life.” #chasingdreams @ashleishyne

When Ashlei began her career in Los Angeles, she saw the gaping hole in the improv world for people of certain lifestyles, and especially for people of color in the LGBTQ community. She realized that she never saw anyone like her in TV shows and movies. Beginning the Rainbow Bright Troupe has given her friends that she enjoys being with and who have become like family to her. As a queer person of color, Ashlei has a deep desire to help provide acting opportunities for others like her and she’s willing to do the hard work to see progress, one step at a time.

TWEET: “I had a deep desire to provide acting opportunities to other people just like me.” #chasingdreams @ashleishyne

Guest Recommendation: ONE action for a dream-chaser to take–”I believe you have an inner child who keeps your dreams alive. Listen to your inner child voice and go after what you want.”

This episode is sponsored by our patreon campaign supporters. Thanks to all of you for supporting my mission to inspire, equip, and empower people to chase their dreams. For more information on our Patreon campaign, or if you’d like to donate a dollar a month to help keep the show going, you can learn more at aimeej21.com/patreon

TWEET: “I saved lunch money and allowance for a year to pay for a college theater course.” #chasingdreams @ashleishyne

TWEET: “Why would I keep the best part of myself as a bisexual woman hidden from the world?” @ashleishyne 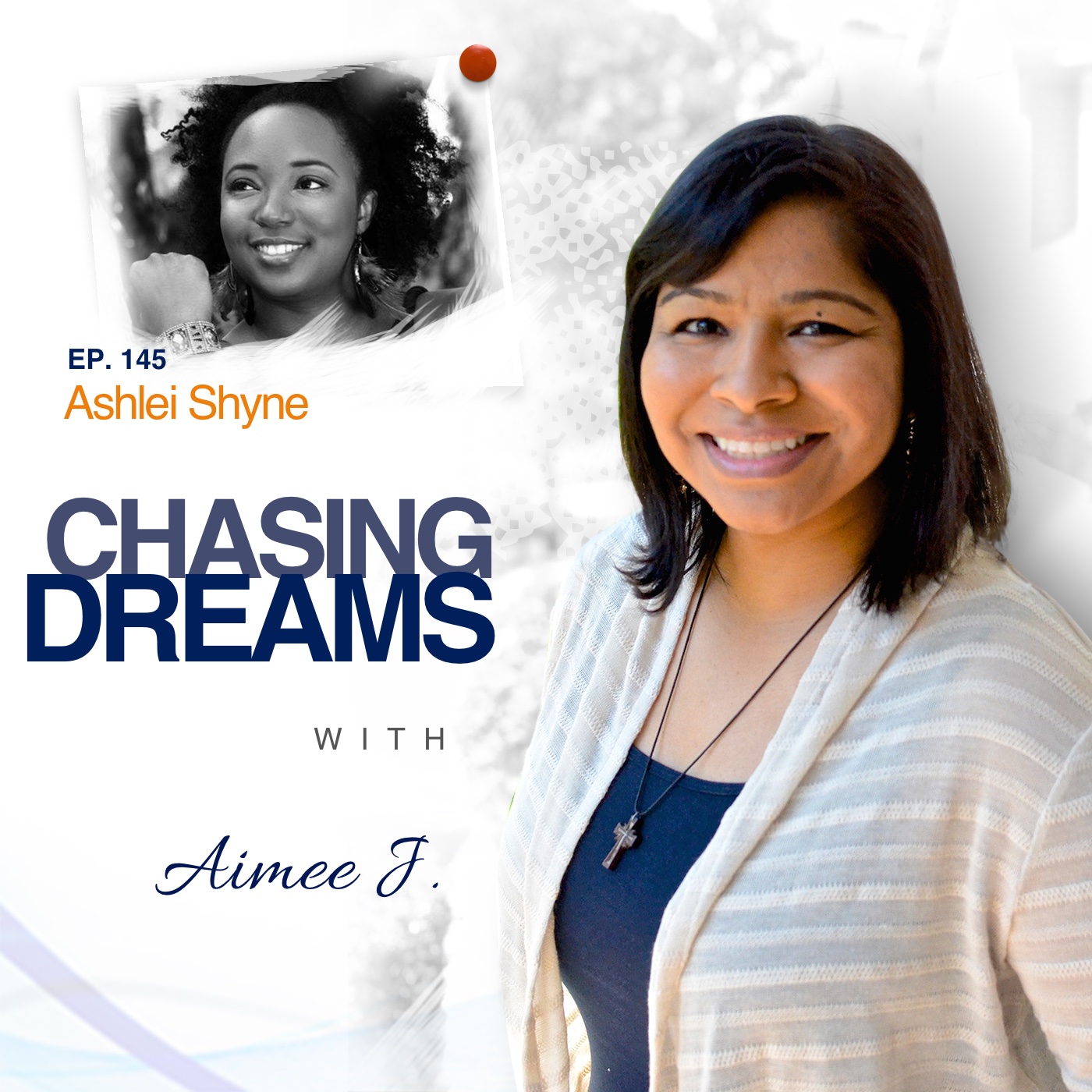