Today’s guest on “Chasing Dreams” is Loretta Veney. Loretta is a 30 year security professional who teaches and provides security assessments and security management and operations training courses for a variety of clients and universities. She's been an instructor at Webster University in St. Louis for 17 years. But Loretta has done much more than that in pursuit of her dreams. She is also an author of a book, “Being My Mom's Mom,” published in 2013. The book outlines the journey Loretta walked alongs her mother as she battled dementia. As a result of her experience and her book Loretta has toured the country and has spoken about her book for a national memory care chain and for the Alzheimer's Association. But there’s so much more to Loretta. Her contagious enthusiasm and zest for life are obvious in this conversation. You’ll want to hear the interaction on this episode.

TWEET: Dealing with dementia, a touching story on this episode of Chasing Dreams

Writing a book about a personal and painful journey.

When Loretta Veney’s mother was diagnosed with dementia, it was like the world stood still. She had already seen some of the signs of the condition but wasn’t prepared for something so definitive. The path she walked was something nobody could really be ready for, but she walked it with bravery and strength for the sake of her mother. Loretta was already skilled at keeping a journal of sorts and she decided to chronicle her mother’s journey through dementia and to outline the steps she had to take in becoming her caretaker and guardian. The result is Loretta’s book, “Being My Mom’s Mom,” a heartfelt and touching look into the path of a family dealing with an unchanging reality. Hear Loretta’s hopeful recounting of the journey, on this episode.

A hobby turned to a business. Every Dream Chaser’s dream!

Loretta Veney has always loved building art and structures with LEGO bricks in her spare time and her love for this simple kids’ toy took her further than she ever dreamed. As an instructor at Webster University she also uses LEGO bricks as tools for learning in almost all of her classes. But she didn’t stop there. She's become a certified LEGO Serious Play facilitator through which she teaches LEGO Art to kids, and uses LEGOs to teach emergency planning to security and emergency management students. There’s so much more to Loretta’s story and the way she’s maximized her interest in something as simple as a toy into a business and beyond. Aimee’s got the whole story for you on this episode, so make sure you listen.

TWEET: How Legos have translated into a consulting and coaching business

LEGO Serious Play is a business-improvement, problem solving, and communications tool which is lots of fun!! Loretta Veney is a certified LEGO Serious Play facilitator and trainer and has used her skills and LEGOS in 2, 4 or entire day workshops where participants use LEGO bricks and their creativity to improve teamwork and communications. The work Loretta gets to do as a Serious Play facilitator is some of the most rewarding things she does. She’s seen companies and families discover more about each other and about the inner workings of their relationships and has been honored to be a part of it. It’s an intriguing idea, isn’t it? It’s also one of the most unique ways you’ll ever hear of someone chasing their dreams. Loretta’s got lots to share, so do what you can do listen to her conversation with Aimee.

Multiple streams of income: a great idea for every Dream Chaser

Some people who are true Dream Chasers seem so busy you wonder when they even sleep! Loretta Veney is one of those people. She says it’s not that she’s driven or has a hard time saying, “No” to things, it’s that she’s committed to developing multiple income streams for herself, and part of what is required to do that is a serious investment of time. Clearly, that means she’s doing many things that are unrelated, but they are all tied together by providing an overall income stream for her family that is not impacted by a downturn in one market or one area of her expertise. She’s busy, but happily so. Loretta’s thoughts on multiple streams of income are very helpful, so grab your pen and paper – you’ll need it!

TWEET: The only advice I can give Dream Chasers is this: Go for it ~ Loretta Veney

Loretta featured Aimee in her blog

TWEET: Why I wrote a book about my mother’s journey through dementia ~ Loretta Veney 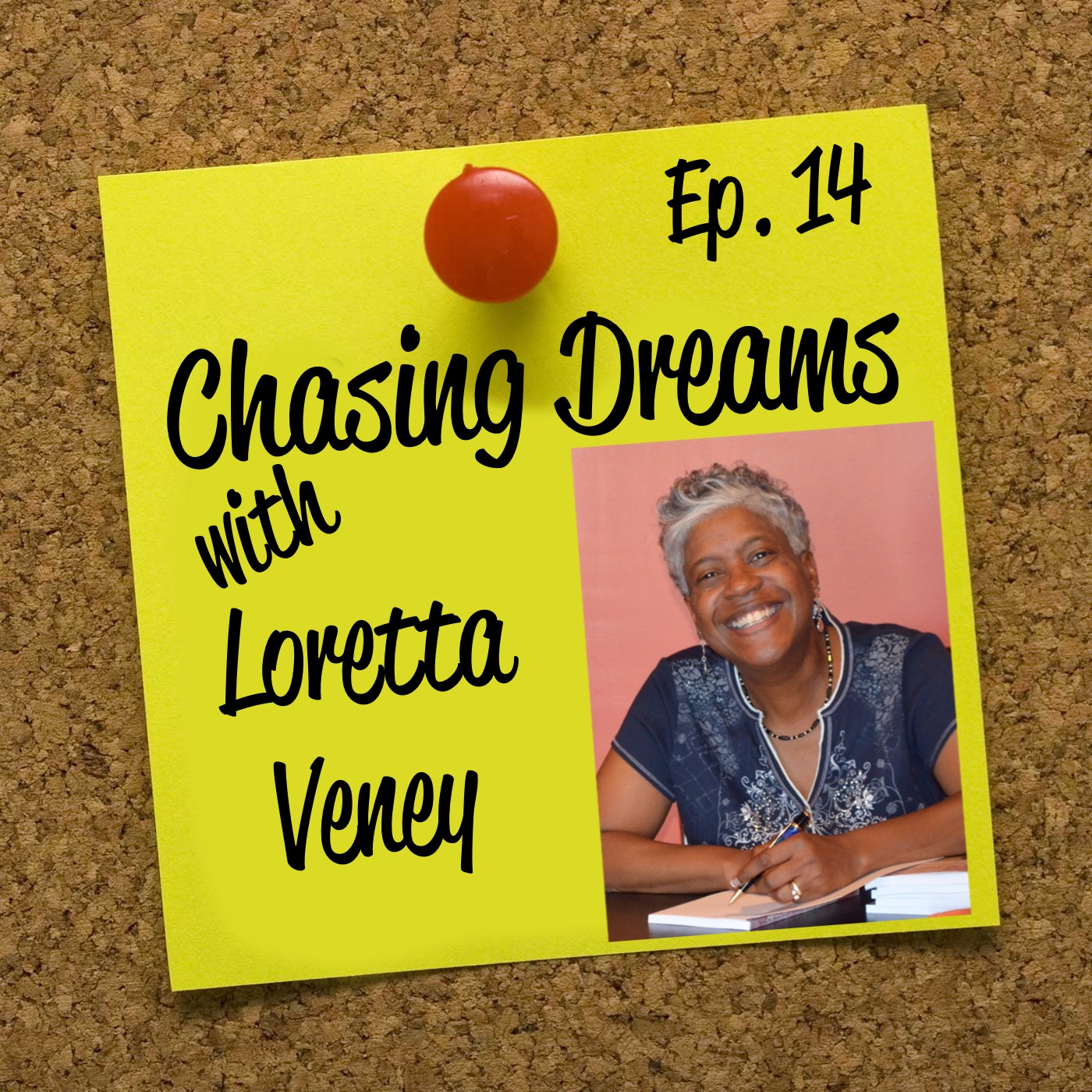