Ep. 136: Ant McGinley – Even When Things Are At Their Worst Keep Chasing

Ant McGinley is a psychology graduate, former morning radio show host, former cruise ship social host, wannabe multi-linguist, networking ninja, wannabe wrestler, and creative director. He is the co-founder of Abrupt Audio, and last year, in the first year of his company trading, he oversaw the production of 312 podcast episodes. He grew an online community of over 2000 podcasters in the group, PodTips. He’s the producer and co-writer of the award-nominated comedy soccer podcast “On the Left Side” and is the host of the PodTips podcast. He’s a soon-to-be speaker at Podcast Movement 2018, and I’m thrilled to be able to introduce him to you!

Have you gone through a struggle and then found happiness in chasing your dreams? Ant’s background is in radio, and he always loved the freedom and creativity of the job. He found success there, working for BBC, Radio One, and several other endeavors. When he discovered podcasting, everything fell into place with the audio he loved, and he was happy to leave the radio business behind. Podcasting in the UK, though, lagged far behind the US because most people didn’t know what podcasts were! Ant had the financial safety net for a while but saw his personal relationship falter. Ant admits that he made mistakes but was able to learn from them.

TWEET: I was happy to leave #radio behind when I discovered #podcasting. @antmanlovesyou

How does it feel when things really start “falling into place”? For Ant, it was wonderful when his ideas became reality and it wasn’t “all in his head” anymore. His career was taking off and fulfilling his dreams, but then he saw his four-year relationship with his fiancé end, mostly because her family couldn’t deal with his career choices. These events took place in the same week! It put a pronounced strain on what he wanted to pursue, but he kept up his Christmas tradition of playing Santa for local children.

TWEET: Your family may not understand your career choices when you are a #podcaster. Do what feels right to you! @antmanlovesyou

Getting the Attention of Apple

If podcasting is your world, then you would want others to know about it, right? That’s how Ant felt, but he was dealing with people in the UK who were skeptical about podcasts. There weren’t as many people podcasting there, and the general public thought an Apple device was required to access podcasts. In addition, they were put off by the use of the word “subscribe.” Two things happened next: Ant infringed on Apple’s copyright and got into trouble, and he complimented a guy about his beard and was soon having meaningful conversations with important people at Apple.

TWEET: Sometimes you have to break the rules if you want o make an impact! @antmanlovesyou

Guest Recommendation: ONE action for a dream chaser to take—“The key is in the question. It’s YOUR dream and not someone else’s. It’s about what YOU want and what’s best for YOU.

TWEET: It was an amazing experience when my ideas started becoming reality. @antmanlovesyou

TWEET: I found that #podcasting wasn’t the bright oasis that I thought it would be. @antmanlovesyou

TWEET: We literally go onstage with no music, no ideas, no graphics, and no equipment. It’s a mix of improv and live creativity. @antmanlovesyou 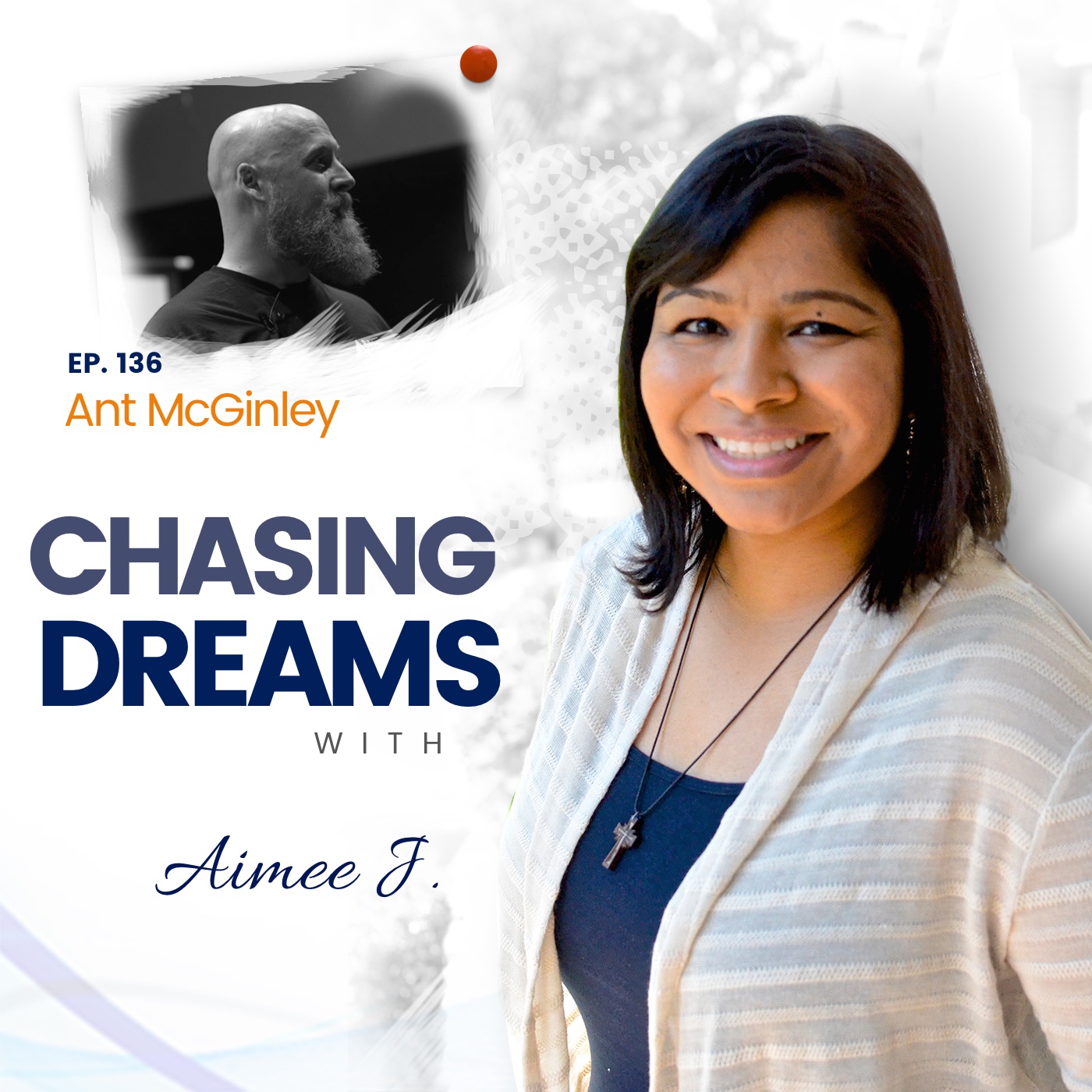