You think YOU have dreams and the courage to pursue them? Hold on to your hat, because you’ll be blown away by the dreams of my guest today! Growing up in another country with a much different standard of living that most Americans are used to has given this amazing lady a unique perspective on chasing dreams. She’s tough and gritty with a side of soft and sweet. I’m thrilled to introduce you to my mom, Sara J.!

Growing up in a different world

Have you ever thought how difficult it would be to grow up in a different country? Sara grew up in south India as the youngest of eight children. Family was everything in her world, with cousins, aunts, uncles, nieces, and nephews all around. Her brother had a milk company with lots of cows and buffaloes to care for. Before and after school for Sara were filled with hard work, collecting and delivering milk and caring for the animals. Lunch was usually rice with a vegetable, as meat was a scarcity. She finished high school and went to Mumbai for nursing school.

TWEET: In India, girls become #teachers or #nurses. There weren’t other options. #chasingdreams

What if society dictated only two options for your career? For a young woman in India, the only two options in the early 1970’s were being a nurse or a teacher. After nursing school and working in Mumbai for a couple of years, Sara wanted better opportunities and looked forward to life in America and making more money! Even though she had completed nursing school in India, she had to complete her certification in the US and start out as a nursing assistant. She soon found herself in an arranged marriage, one that a family elder called “God’s will.” They will celebrate their 40th anniversary this summer!

TWEET: Always give a patient hope in their #pain and #sadness. #chasingdreams

Life in America as a nurse and a mother (and late-in-life college student!)

If you grew up like Sara did, then you would push your children to work hard and accomplish much. Sara’s goal was for her children to get the very best education and extracurricular activities. One of her favorites was to take them to the library and load up on books. She demanded lots of reading and writing for her children. Several higher education degrees later, there are two lawyers and two dentists in the family. Sara’s guiding principles for living include being humble, respecting others, and thanking God for the blessings He brings. She taught her children these values, emphasizing that “you never get too high to bend down and respect others.” To set the ultimate “dream chasing” example for her children, Sara went back to school in her 60’s and received her Bachelor of Science in Nursing. She shares about the late nights of homework while working during the day, but she stuck with it and accomplished what she set out to do. Although Sara loves visiting her family back in India, she says she would NEVER go back to live there because her children’s lives are here in America and her husband’s doctors are here. She has accomplished her dreams with humility and is thankful for what life in America has given her.

TWEET: The one thing I emphasized to my children was #education. #chasingdreams

Guest Recommendation: ONE action for a dream chaser to take—“A dream is something you want to do for your future. Pursue the dream. You know you can do it! Nothing comes easily. You have to work hard for it. That’s the key.”

TWEET: The higher you go, always bend down to respect others. The blessing comes from that. #chasingdreams

TWEET: #America has truly been the land of opportunity for me and my family. #chasingdreams 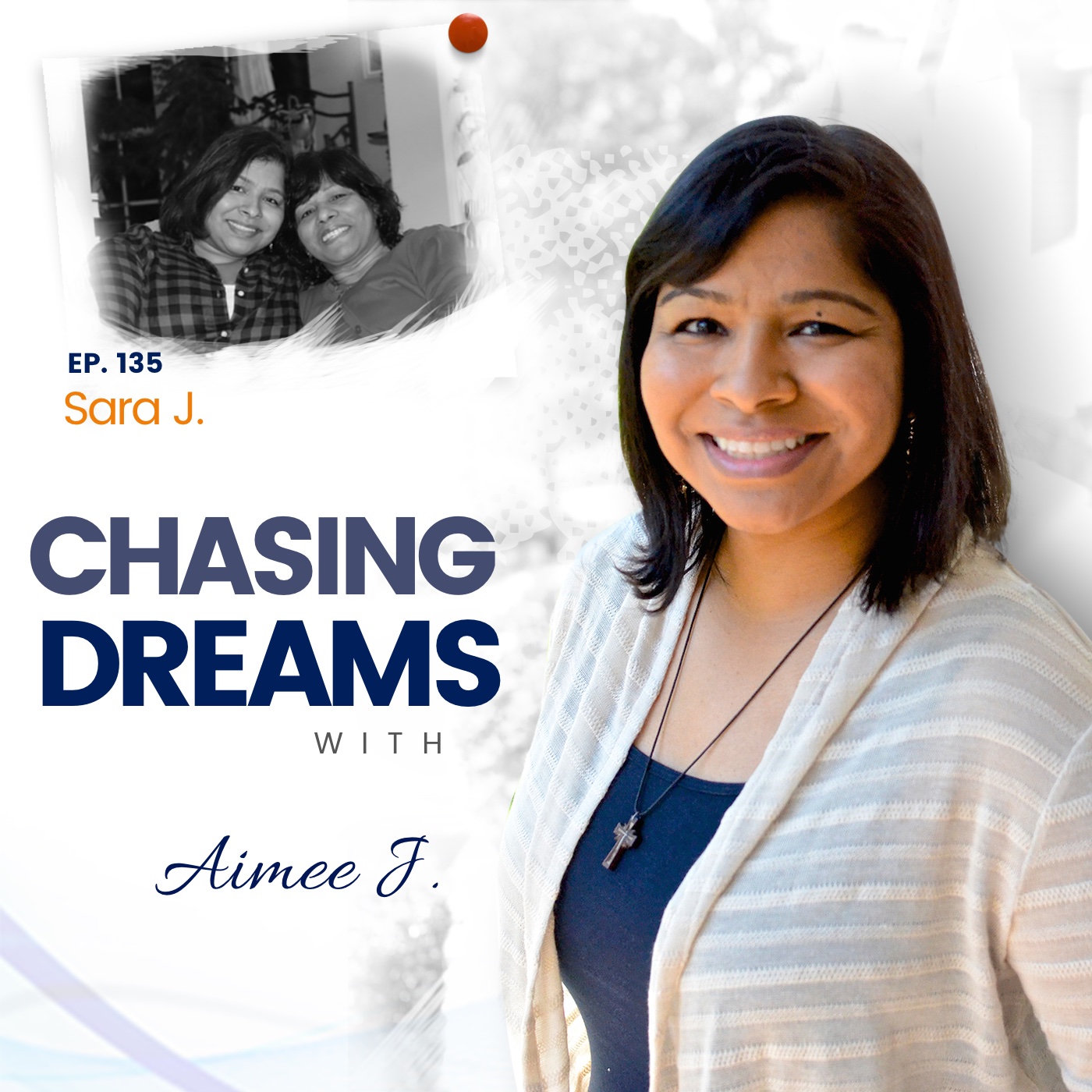