Meghan Enriquez is the founder and CEO of TRUE Conversations. Soon after the birth of her second child, Meghan had what she calls a “face plant moment,” which ignited her to create TRUE Conversations. She is highly sought after to speak with, train, and interview a variety of audiences around the most stigmatized issues of today: communication, leadership, and redefining true success.

Meghan served as an Intervention Director at Johns Hopkins University for a clinical trial while juggling the demands of motherhood. This millennial, Asian-American entrepreneur who came to America as an infant adoptee has earned her bachelor’s degree in both Exercise Science and Psychology from Slippery Rock University. Join me for this uplifting conversation with Meghan!

TWEET: There was an undeniable force that wouldn’t let me sleep until I took #action. @trueconversationsllc

Have you experienced these moments? Meghan describes it as the moment when you are utterly spent, barely able to function, and just surviving through life. For her, this came after the birth of her second child, when physical problems dominated her life. The great disconnect with what you want out of life and what your reality has become can make you say, “There is something wrong with me.” These moments have the power to change you, and Meghan shares how she learned to be “transparent with purpose” to empower and uplift others.

TWEET: Being #transparent with a purpose was a formula the world was really craving. @trueconversationsllc

Can YOU see both sides of an issue? Stigmatized issues are changing constantly in today’s world. Meghan says there is a “lost art” of being able to respectfully disagree. We need open minds and open hearts to call people to transparency and honesty. When people show up with this attitude, magic happens. We know that NOT being able to see another’s perspective is NOT working in our society. Meghan says, “We want to create a new normal.”

Wanting to be Understood

Isn’t that what we all crave—being understood? Meghan explains the bullying she experienced as she grew up as an adopted Korean in American white society. Because of this bullying, she only longed to be understood. This became the foundation of TRUE Conversations, where Meghan encourages people to look behind the skin color, behavior, and religion to see the value in people, even if you don’t agree.

TWEET: There is a lost #art of being able to respectfully #disagree. @trueconversationsllc

Guest Recommendation: ONE action for a dream chaser to take—“Get to know yourself, and know that it could take years. In our society, we don’t value being honest and open with ourselves. There is always something extra to discover about who you are.”

TWEET: I was a mindful and attentive friend and wife, focusing on the #lesson to be learned. @trueconversationsllc

TWEET: Own who you are and put it into action, even when you’re scared out of your mind. @trueconversationsllc

TWEET: Building your #faith in whatever you believe in—that’s what’s most important. @trueconversationsllc 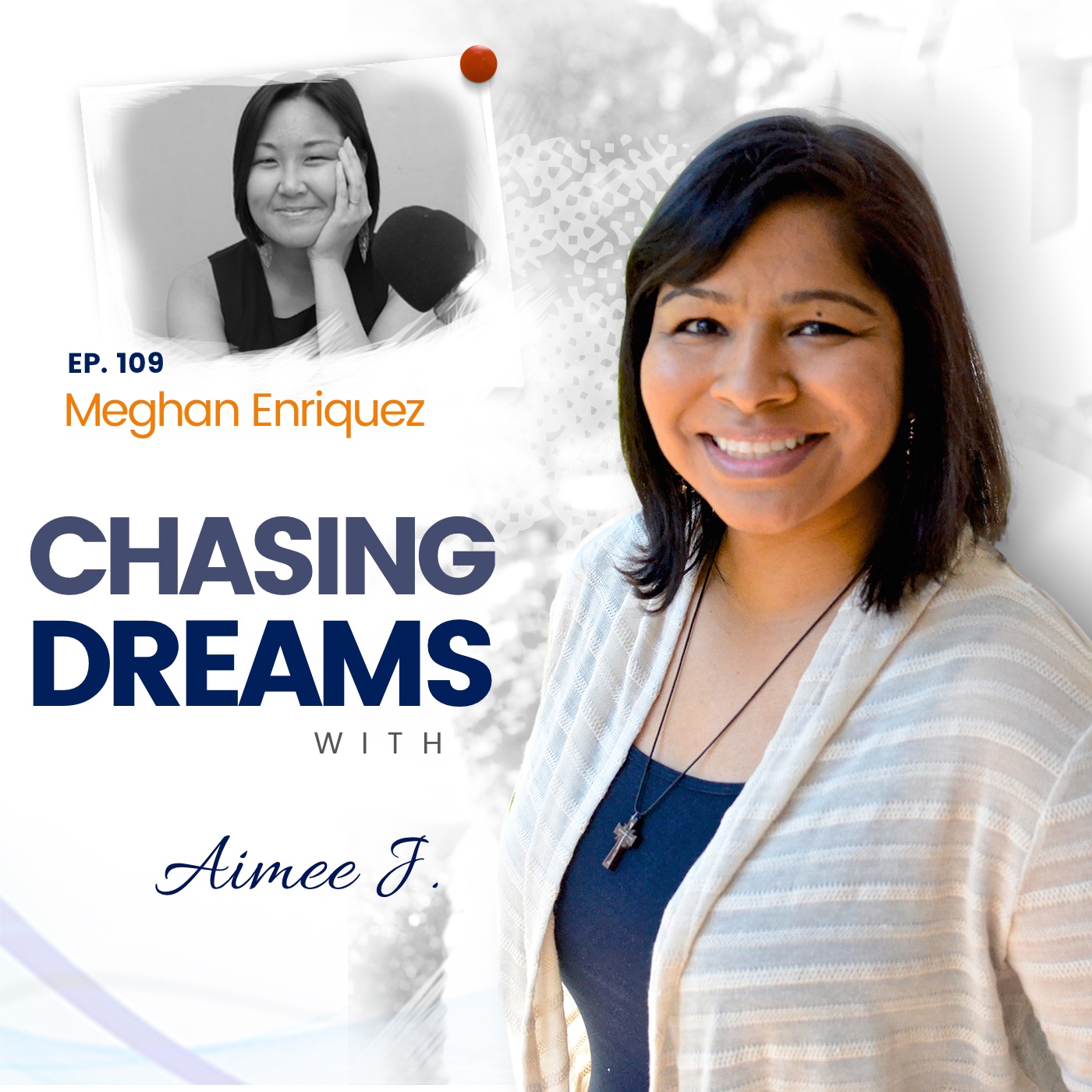