Artist to Check Out: Ariana Grande

I'm a big kid at heart. I'll admit to watching Disney and Nickolodeon shows. I watched That's So Raven and iCarly and many other shows. I even caught some episodes of Victorious so I knew Ariana Grande as an actor and that she sings on the show. Which is why when I heard that she was coming out with her own music I wasn't sure how she'd do, to be honest. I mean it seems like you either hit or miss as a child star turned musician. You've heard of Demi Levato and Selena Gomez but probably not as much about Victoria Justice or Vanessa Hudgens. I am happy to say that I was wrong about Ariana Grande. She has a voice! It's like a cross of Mariah Carey and Whitney Houston, no exaggeration.

She had one song, “The Way” featuring Mac Miller, at the beginning of the summer that took me back to my high school days with its old school R&B feel. I loved the song but then I never heard another song from her after that. I figured she was a one-hit wonder and didn't give it a second thought. Then the other day, my sister Jamie was playing a song in the car and I fell for it quickly. She said it was “Almost is Never Enough” by Ariana Grande and Nathan Sykes from the Mortal Instrument Soundtrack.

I think you need to listen to this song:

Then I learned that she's on the updated cover version of Popular from the musical Wicked. After that, I looked her up on Google, and she's dropping an album today. Digital Spy has a review that gives it 4 out of 5 stars.  I can't say I've heard her album but I do know that I will give it a chance and you might want to also.

NOTE: This blog is an iTunes affiliate. For more information please see our Disclaimer. 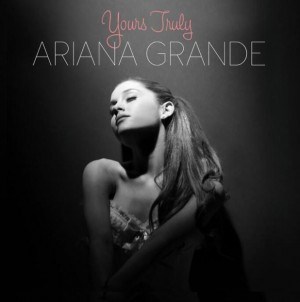