Before discussing the commercial, I have to talk about the halftime show. I loved the half-time show. Bruno Mars was an amazing performer and it was nice to see the Red Hot Chili Peppers on stage again. Here are some highlights thanks to Time magazine.

So while the actual football game did not go as planned, you can always count on companies bringing their “A” game for the commercials that air during and just after the Superbowl. Many teasers for these Superbowl ads have been airing on Youtube. Companies are making commercials for commercials! Here are a few:

If you want to know more about how Ads during the SuperBowl work, Business Week does a good job of explaining it.

There were over 60 ads aired during the SuperBowl. Maybe I have high expectations but I was only impressed with something like a 1/4 of the ads. I was confused by the Audi commercial and thought GoDaddy could have done more. The Dannon Oikos ad which reunites John Stamos, Dave Coullier and Bob Saget was cool but when I saw Danny and Joey, all I could think was, “What would Aunty Becky (Lori Laughlin) think?” Hulu has made most of the commercials available in their “Ad Zone.” Below are some ads that I deserve some extra attention.

If you want a more in depth analysis of the ads, check out Matt Webb Mitovich from TV Line who reviews ads from the 1st half and 2nd half.

Trailer Wins:
Captain America – (from MTV) I am so there.

Transformers: Age of Extinction – Okay, I had given up watching the Transformers movies after the 2nd one but I might need to go see this in theaters.

Doritos – It made it!! This was the commercial I voted for in the Doritos contest. Hopefully it won because of it's simplicity and originality. Even if it didn't win, it did air in the 1st half of the SuperBowl!! That's a big deal.

Coca-Cola – It's Beautiful – This commercial really personifies America and what makes it great with the blending of different languages. Kudos Coca-cola!

Coca-Cola – Going All the Way – 🙂 You can't help but smile at the kid's enthusiasm and happiness.

Budweiser – Puppy Love – The friendship between the puppy and horse is so beautiful. It reminded me of the Fox and the Hound. 🙂

Intuit & Goldieblox – A follow-up to the inspirational initial Goldieblox video shows that girls want to do more than just play with their toys. They want to innovate! <3 it!!

Microsoft – Hats off to Microsoft for reminding us about the power of technology.  Awesome video.

Radioshack – The 80's called….as a child of the 80's this commercial was a blast to the past!

NFL – Together WE make football. No doubt.

Cheerios – Gracie is a smart one. She pretty much said if I'm getting a baby brother, I'm getting a puppy. Ha! I loved the look on the mom's face.

T-Mobile – Kudos to Tim Tebow for being willing to use his situation for our entertainment. Ad 1, Ad 2.

Kia – The Truth – Because who doesn't love Morpheus or Laurence Fishbourne for that matter.

Sony Crackle – I had no idea what this commercial was about until the end. It was nice seeing Seinfeld on the screen again. 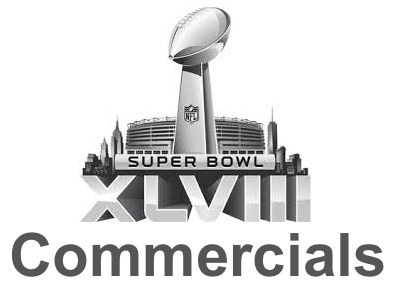