The 2014 Emmy nominations and in and there are a lot of expected nominations and some of surprising snubs. Below are the nominees in the “major” categories. For a full list, check out Deadline.

When you look through the nominations, do you also find it interesting how many nominations for Cable and Netflix programming outnumber those of ABC, CBS, FOX, CW, and NBC? For example, none of the outstanding drama nominations are from any of the five major broadcast networks.

I kid you not. In fact throughout the (major) nominations, you'll see the disparity.

Whenever you have nominations for awards, there are always people who are going to be left off the list. There are some snubs that just have to be mentioned though. Two of them are Brooklyn Nine-Nine for Outstanding Comedy and Tatiana Maslany for Outstanding Lead Actress.

Brooklyn Nine-Nine is such a well written and overall hilarious show. Nothing against those nominated but this should have been included. It isn't Andy Samberg alone who makes that show funny, but the entire cast.  At least Andre Braugher was recognized with a nomination for Outstanding Supporting Actor in a Comedy. The show was not entirely ignored.

You know what show was entirely ignored though? Orphan Black. This is the second year in a row that Tatiana Maslany and Orphan Black were ignored. What does Tatiana have to do to get recognized by the  Academy of Television Arts & Sciences (ATAS), play multiple characters? Oh right, she does that already. :p

If you aren't watching her already, check out Orphan Black on BBC America.

Were your favorites nominated or snubbed this year? Sound off below in the comments or let me know on Twitter or Facebook. 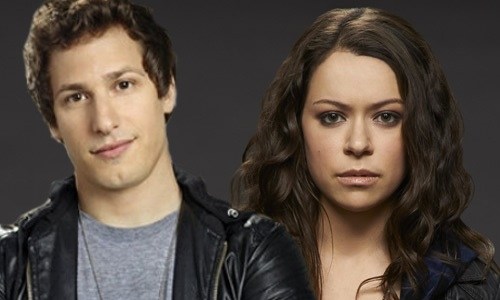